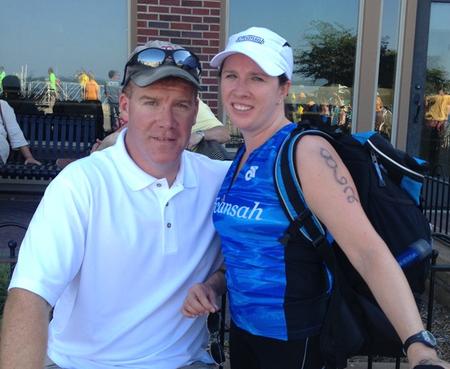 I have never written a thank you letter quite like this, however, I believe you’ll agree at the importance of recognizing how your company has forever changed the life of my family.

Approximately two months ago, my wife purchased a number of items from a Victoria’s Secret in Madison, WI. Admittedly I obviously enjoy everything my wife buys at Victoria’s Secret, however, it was the purchase of push up bras that changed our lives.

Immediately after wearing one of the bras, my wife felt some discomfort in the upper area of her left breast. At first she believed it was just discomfort from wearing a brand new bra, however, when she wore the bras over a period of approximately ten days, the pain and discomfort continued. After closer examination, we discovered a small quarter sized spot on her breast that was extremely hard and painful to the touch. My wife had been wearing a different type of Victoria’s Secret bra in the past, but it wasn’t until she started wearing the push up bra that she had felt pain and this was the first time she had felt or noticed the growth on her left breast.

As a precaution, my wife had an appointment with her doctor and a biopsy was performed. After approximately one week I received a call from the doctor while my wife was at work. I could tell just from the doctor’s tone that she had bad news. I literally could not speak after being told the results of the biopsy showed that my wife had breast cancer. I had to make the extremely emotional visit to my wife at work and tell her the bad news. The ride was excruciating since I thought about how much I’d miss my wife if something ever happened to her and the pain of telling our three children that their mother was sick.

The following day my wife had an MRI which showed the exact position and size of the cancerous growth. Approximately one week later, and after meeting with various other doctors, my wife had a lumpectomy. The surgery went very well and the 1.5cm growth was removed with no complications. A number of lymph nodes were also removed for testing, and luckily the cancer had not spread beyond the breast.

I am writing to you to let you know my wife started radiation today as a precaution to help eliminate the risk of any cancer returning. We have been told by numerous medical professionals that the cancer in her breast was caught early and that the chances are excellent for my wife to live a long, long time.

The medical professionals also stated that if my wife had not discovered the lump in her breast, it would’ve likely grown and spread cancer to other parts of her body. We are extremely thankful that she decided to buy the different type of bras at Victoria’s Secret. The bras ultimately led her to discover the lump and seek treatment. I used to teasingly give my wife a hard time about spending money at your store, however, now I encourage it and think of the store as literally saving her life.

Thank you again from the bottom of my heart. My wife, family and I will be forever grateful.