I have been touched one too many times by cancer. I always heard about cancer affecting other families, but never thought it would happen to my family.

I was very close to my Aunt Arlene who was my mom's sister. She was a very caring, creative & loving person. In 2005 she was diagnosed with cancer but could not find the primary source. She fought for 2 yrs but eventually the disease & its treatments caused a massive stroke & she could not fight any longer.

In 2008 after over a year of playing the wait & see game with her doctor, my mom went to another doctor. She was diagnosed with Stage 3C Endometrial Cancer. This was devastating! Even though she fought hard the cancer kept coming back.

During the time my mom was going through her treatments I found out that one of my friends was diagnosed with Stage 4 cancer & was an unknown primary. He was such a remarkable person who was strong in his faith believing he would beat it, but in the end knew that he could no longer fight. He said that he lived a good life. He was 39.

While my mom was still putting up a fight I was living my life & thinking how this could be happening. Three months after my friend passed away I went & did a little shopping at one of my favorite guilty pleasure stores, Victoria's Secret. I wanted a new bra that pushed up & in (doesn't everyone!). After a couple of weeks something did not feel right. I brushed my hand across my chest.  I was able see the doctor right away & after a ultrasound, biopsy & MRI, I found out I had Stage 1 Invasive Lobular Carcinoma. By this time I was in shock, but with a husband & 3 kids I needed to be strong even though I wanted to curl up in a corner & cry.  I had a lumpectomy & then 6 1/2 weeks of radiation. I am currently on Tamoxifen for 10 yrs.

During my radiation treatments my husband wrote a letter to Victoria's Secret President & CEO Sharon Turney letting her know of our story & about the bra literally saving my life (click here to read letter). He received a response a few weeks later (click here to read response letter). The letter was truly touching given I had not known about my husband's letter to her until he was ready to mail it. To think that the she would take the time to write such a sincere response was very impressive.

Throughout our ordeal, my husband would always say "F*** CANCER" and when said in his Boston accent it would sound like "Effcansah".

We vowed that once my treatment was completed I would spend my extra time raising funds to help with cancer research. Effcansah was established & will sell merchandise such as shirts, hats, koozies, etc. to promote awareness. All profits will be donated to the UW Carbone Cancer Center - Breast Cancer Disease Oriented Working Group (Breast DOWG) in Madison, WI which is overseen by my Oncologist Dr. Mark Burkard.

​Since starting Effcansah I've been contacted by many people who've been touched by cancer in some way.  Some of whom have grown to be close friends.  It's unfortunate how often I'm contacted by someone who wanted to learn about Effcansah and purchase merchandise because a friend or loved one was recently diagnosed with cancer, but it's also a great way to share stories, support one another, and continue to promote the phenomenal research continually being conducted by Dr. Burkard and others around the world.

Cancer continues to affect my family in various ways.  My husband was diagnosed with melanoma approximately 1.5 years ago.  Luckily it was caught early enough because after undergoing surgery and lymph nodes were tested, we received word the melanoma had not spread.  My aunt Kathy is currently undergoing treatment for endometrial cancer.  After successfully undergoing treatment a few years ago and being told she was clear, she was recently informed the cancer had returned.

Effcansah has a special meaning that reminds us of the worry filled & sleepless nights wondering what the next appointment, examination or treatment would bring. Even though it has been seven years, it is something that is always on my mind, but I don't let it run my life. I do want to give back & Effcansah is the way I can do it.

Thank you for your support! 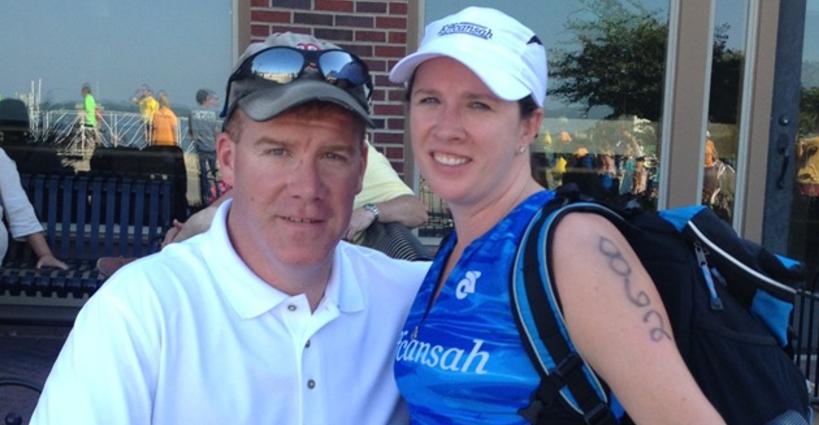 From the left is my grandmother (Marge), myself, & my mom (Karen) who passed away 12/29/10 after over a 2 year battle with cancer.  She was a caring mother who loved reading, gardening & spending time with my father who she was married to for over 40 years.

My Aunt Arlene was my moms sister & best friend.  She passed away 2/9/97 & battled cancer for over two years.  The doctors could not find the primary source of the cancer.  She was such a loving & positive person.

My friend Kyle was diagnosed with Stage 4 cancer & it was as unknown primary.  Throughout every treatment he stayed strong, positive & did not want anyone to feel sorry for him.  He lost his battle on 2/17/10.

"It is a fancy word for the obvious and is our battle cry."